School is out, the rains have gone, and once again, the beach umbrellas are up along the curving beach. It’s officially my third summer on the Italian seashore. Lather up the sunscreen. Rinse off the sand. Repeat. Repeat. Repeat.

I’m a pro at this Terracina beach life by now. The tourists are back, just as I knew they’d be. They are clogging up my parking spots and making noise at night once again. I’m not white like mozzarella anymore, but toasty beige like scamorza, yet the villagers continue to ask me: Aren’t you going to the beach? I no longer get annoyed; by now, I know it’s just Terracina small talk.

We have, once again, the weekend dithering:  Which city? Which outdoor concert? Which English-themed pub? Which summery dress?  and the boys are back to their Uh oh, here she comes – the foreigner with her foreigner hat! Seriously, you can just tell she’s a foreigner when she wears that hat. Could you BE any more American right now? Followed swiftly by – wait for it – Come on, let me try your hat on.

There’s a rhythm in this town and you’d think that after nearly almost 2 years here, I’d be integrated. You wouldn’t be wrong. There are lots of things I’ve gotten used to living away from the United States; living in Southern Italy. Celsius is slowly beginning to make sense – heck, I even voluntarily switched my Google weather reading from Fahrenheit the other day. I’m used to the bacetto. I’m used to the hand gestures (love it). Used to people crossing the street any time they damn well please, and I’m used to the fact that the police are useless and I’m not to count on them for anything. Ever.

I now have a guy for everything – my frizzed out hair, my worn down heels, my persico fillets, my spicy local sausage, my rattly alternator, my leaky washing machine, my spotty polyester dresses.

I now can direct tourists on where to go (the Temple of Jove), what to see (the ancient quarter), and what to eat (bombe, boar sausage, muscatel grapes).

I now plan my meals based on what foodstuffs I am gifted on any particular week: eggs from Piero’s neighbor, a foil-wrapped wedge of Parmigiano Reggiano from Old Man Angelo, lemons or avocados from Flora’s garden, a surprise kilo of mussels from Maria.

I no longer have a problem with the “pausa di pranzo” – those 3 or 4 hours that Italians take for lunch. Plan around it, that’s all. Enjoy.

I now often think and dream in Italian.

I’m accustomed to the fact that if I turn on the radio, there is a 90% chance that I will encounter a Police song.

I’ve made peace with the existence of Fabri Fibra.

I agree that Terracina should be named a UNESCO heritage site and will be indeed signing that petition!

But even with all this assimilation goin’ on, there are some things I still cannot, simply cannot, get used to about life in Southern Italy. Namely:

But apart from that, as soon as you come within five feet of me, I can barely look you in the eye. Perhaps this is because
your secret plan is to have me look you in the dong. That’s why you put on a spandex garment that clearly shows its shape, isn’t it? You could have just asked me out, you know. You didn’t have to resort to witchcraft. Maybe I don’t want to know that you wear it to the left, ANDREA. Maybe I don’t want to know that you’re hung like an elephant, GIORGIO.

I can’t even count on the fact that the Maga Circe will be on the sea: sometimes heavy fogs wipe her and the other islands out. Therefore, there is no greater joy in my Italian life than when I find I can count on something; the generosity of my friends, the kindness of strangers, Old Man Angelo’s rants, the technicolor sunsets, the brilliance of the full moon, the madness of the Thursday market, and by golly, the fact that when I head to the beach, I will be staring into the vortex of some dude’s spandex-wrapped cock.

When I think about all the things I’ve had to get used to in all of the years I’ve lived away from my home country, I wonder if my brain hasn’t become a twisted patchwork of right and wrong; the eternal sunshine of Opposite Day. At what point does one’s cultural bias give way to acceptance of foreign ways? I ask myself why some things that were extremely foreign to begin with – pointing to my nose to mean I, spelling center C-E-N-T-R-E – are now ingrained, and why others that should be simple to accept – I mean, what do I really care if parents bring their kids to nightclubs – set off a frantic alarm each time I encounter them. Why I still make mistakes when using essere and avere. Why I’ve adopted the lolling cadence of the Southern Central Italian dialects, but continually mess up the double consonants.

It took five years to get used to Celsius; three years to add grand and brilliant to my lexicon; six months to get used to bowing and leaving my shoes at the door. A year to get used to giving the bacetto. One fender bender to realize how worthless are the Italian police. Mere weeks to forget Memorial Day and Superbowl Weekend, but never the Fourth of July.

Sooner or later, something has to give. 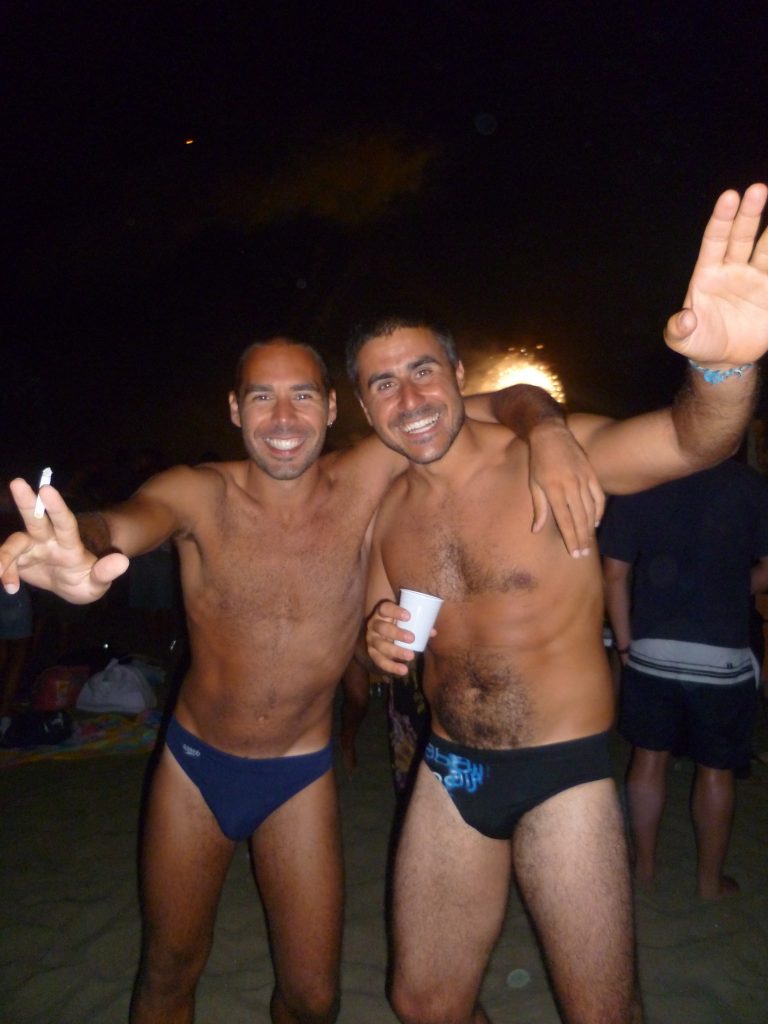 I have a feeling it will be my hatred of Speedos.

26 Replies to “Things I Will Never Get Used to About Living in Italy. A Love Rant.”