But the last 5% of the time? Because I’m spellbound. Because there’s something coming out of someone’s mouth that leaves me speechless, and hungry to know more.

Do you remember that general goods store, says Francesco, somewhere in the middle of a glass of beer – pointing to a boarded up door in a slab of old stone. That one over there, next to the new nightspot? We used to go there after school. There was this crazy old man who ran it – remember him? But he made the best sandwiches. We would get a sandwich and then go back to playing. We’d walk up and down and up and down the streets and then hike up to the Temple of Jove. On foot. Why not? We had nothing else to do. And then we’d pretend we were centurions. There were these plants with long fronds, like a horse’s neck, and we’d sit on them, pretending we were Roman soldiers riding horses. Those plants don’t grow up there anymore.

Remember when going up to the Temple of Jove was free and there weren’t security guards? asks Riccardo.

Yes, says Francesco. You could go up there at midnight. We used to go all the time.

Us, too, says Giorgia. We’d go up there and look at the stars when we were teenagers.

Now it closes at, what, six in the evening? says Francesco. I mean, it’s good they have controls – there were so many jackasses who went up there and wrecked it, put up the graffiti – but it’s still sad. You used to be able to go there any time you wanted. It was ours. 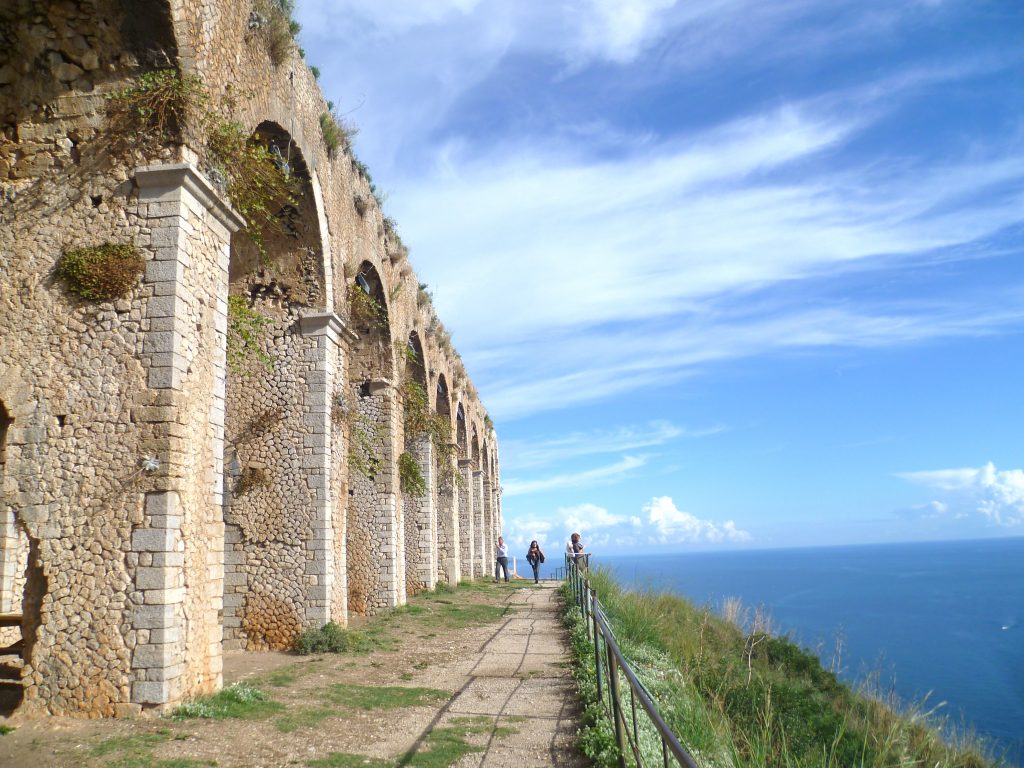 Some of my friends used to play soccer in the fields, back when the horses used to graze. Others played soccer in the ancient quarter, despite the downhill inclines and the rubble. They took the pink flowers they found near the old Roman amphitheater and pulled out the stems; parked with their first boyfriends on the curving roads leading up to the temple; were born in the now-abandoned hospital on the hill (shhh, there might be ghosts).

We’re sitting in the piazza, sweating and drinking wine. The stars are out, shining through the old bell tower, and the moon is a bright white slit in the sky.

What’s going on, Eva, they say. You’re too quiet. We don’t like it when you’re quiet.

4 Replies to “The Sound of Silence”