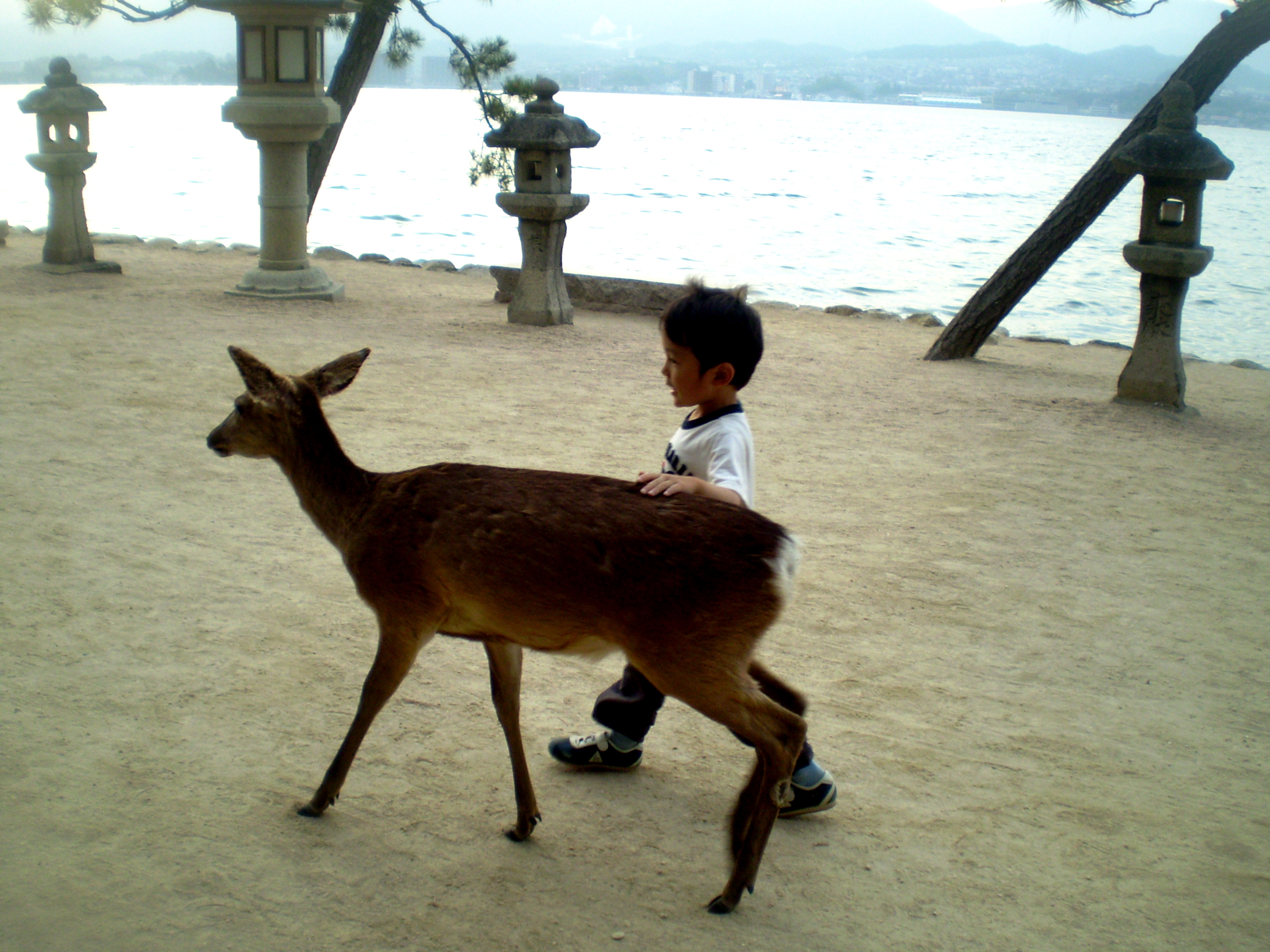 In the old days, the Japanese wore white clothing to funerals. Nowadays, black is the color of choice so I am perched on a small couch with a handful of other guests, wearing charcoal gray pants that don’t quite match my black work shirt. I feel a little uncomfortable about them, but I have to admit they’re better than Sean’s blue and white sneakers. The wake went on past Last Train so he stayed with another guest, texting me to ask if I could bring him some suitable clothes to wear to the funeral today. The list of clothes didn’t include shoes so I figured he already had black ones with him. He whispers that he’s afraid everyone’s looking at his garish footwear. I tell him that I doubt anyone cares right now, while his friend’s dead baby girl is still in her crib.

The back of the baby’s head was the first thing I noticed when I walked into the apartment; ghostly pale and scattered with fine, pale reddish-colored down. I didn’t think she’d be here today. After Sean told me the news yesterday, I immediately turned to the internet to get a sense of what to expect for the funeral. What I read suggested that she’d have been cremated by this point because in Japan, where 99% of the deceased are cremated, relatives are usually the only ones present at the cremation ceremony. This must be a special case, though: Sean’s friend is from Australia so none of his family is in attendance and for some reason, the mother’s family isn’t present, either. It’s just Sean, myself and several of their friends, drinking tea and inhaling the incense. Sometimes, guests who are closer to the parents than myself or Sean tiptoe to the crib and caress the baby’s head. When the mother follows, she pulls down a couple of danglers from the mobile above. She’s smiling, chatting, holding up her hairy chihuahuas to the crib and noting that they don’t seem interested in saying goodbye.

I’ve been in this apartment once before – at the baby’s shower/welcome home party. She was born 5 months premature and after several months in the hospital, the doctors deemed her well enough to come home. She wasn’t actually present at that party – Sean told me the doctors were holding her for a few more nights – but it was a celebration nonetheless. Only the Westerners brought gifts; Sean and I brought onesies and the father’s roommate brought loads of diapers. The radio was on, the sake flowed, and shellfish were grilled on the stove. It was the first time I tasted sazae. Their shells looked like rocky snailshells and the fat blob of flesh inside was reminiscent of escargot as well. They were slightly bitter, but overall edible. There is no food at the funeral. I doubt anyone could eat anyway.

The crying begins when the cremation service representatives arrive with the coffin. One of the mother’s friends is the first to start sniffling, when the parents carefully lift the baby from her crib and place her into the tiny pine box. It is then that I finally see the baby’s face and I am moved to see that she looks exactly like a doll with her perfect, sleeping features. As the mother begins to place toys and blankets into the coffin, the cremation representatives tell her that the bottle isn’t allowed because it’s plastic and everything in the box must be burnable. They pass us baskets of white, purple and pink flowers, telling us to place them into the coffin with the little girl. We are supposed to cover her body and leave her face showing. Sean and I are clumsy; at first we only take one flower but the cremation representatives whisper that we should take many. All of the women are crying openly now and I watch the mother lean over her little girl and caress her face. I notice her tears dropping into the coffin and I can’t look anymore. I try to look at anything – anything – else but everything in the room is sad; Sean’s white face, the other crying guests, the baby’s empty crib.

When we arrive at the cremation parlor, I am taken aback at how much it looks like a factory, or a power plant, with its smoke stack looming high in the winter sky. Inside, there is a row of cremation chambers with steel doors that slide open like elevators. One of them opens and a mechanized trolley rolls out a long, dust-covered gurney that I know from my research will be used later in the bone-picking ceremony; a prospect that terrifies me even more than the idea of burning a baby girl’s body, or of seeing her parents cry. The idea of picking bones out of the ashes with chopsticks is so foreign to me that it seems almost barbaric and I wonder if the other Westerners feel the same way, if I’m the only one who can’t imagine performing such an act. The crying gets louder when the cremation service representatives hoist the small casket onto the tray and the contraption rolls into the cremation chamber with loud, whirring, mechanical noises. A Buddhist priest has arrived and begins to chant. I understand nothing of what the priest says, but when the cremation company representatives speak, I catch the words “最後” (final) and “とり” which could mean “bird” if they were being symbolic or “respectfully take” if it was combined with お, which it might have been. Or maybe he said something else altogether. We are still crying so much it is hard to hear.

We are told that the cremation will take 2 hours so someone decides that we should head back to the mother’s house to wait. The mother, who is somehow calm again, quietly wonders if it’s wrong to drink while the sun is watching. One of the guests says he’s sure it’s okay in this case but no one reaches for the sake. When the hairy little dogs beg for attention, another guest feeds them the rest of his Royal Milk Tea. There aren’t enough chairs so some guests sit on dog blankets or cushions.

It is easiest to focus on the dogs, who frolic between us, gyrating in our laps and darting their pink tongues out to kiss our cheeks. We laugh at their silliness but hold the dogs especially close when it’s our turn to receive a doggy kiss. Finally, someone points out the time and we shuffle our feet, silently collect our coats and head back to the cremation parlor.

When the steel doors open again, the remains are rolled out. I’m confused; in all of the movies I’ve seen, ashes are black as tar and don’t have any bones in them but the baby girl’s ashes are white and I can see tiny bits of bones scattered throughout. We are handed pairs of long, wooden chopsticks. The representatives instruct us to pick up the bones and place them in the small white porcelain urn. I am relieved to see that everyone is calm and their stillness makes me calm, too, even when faced with a ritual that had shocked me so much to begin with. I notice that the bones are hard to pick up, especially with my right hand. I wonder if anyone notices, if anyone has focused on the foreigner’s stereotypical ineptitude as a way to distract themselves from the task at hand. I want to cry that I’m left-handed, that I thought using my left hand might be a bad omen at a funeral, that I can actually use chopsticks quite well. But this is not the time and this is not the place.

After the bone picking ceremony, the parents take the urn and wrap it in a white cloth. I am surprised to note that the cremation company representatives say, “お疲れ様です” when we part, which, loosely translated as “many thanks/that’s enough for today,” is what people say at the end of a work day or when making a toast.  The sentiment is passed around the group, and we branch off to meet at the mother’s house for the third time today.

No one has cried since the cremation and people have begun to joke carefully. Our Canadian friend asks Sean and I if we have any plans for our farewell parties this spring. We mumble that there won’t be any big to-dos. The dogs tumble in and out of our laps as we drink more and more tea. Periodically, we break away  to the small shrine in front of the baby’s crib, where the urn has been placed, next to a picture of the little girl taken during her all too brief life, a canister of incense sticks, a lit candle and a small metal bowl. We light the incense stick with the candle flame and strike the metal bowl to make it ring solemnly. We are then supposed to press our hands together and pray. I’m an Atheist so I don’t pray – I have no idea what a proper Buddhist prayer would be, anyhow – but instead I look at the picture of the beautiful baby girl who I never met until the day she was cremated. I tell her, as though she can hear me: I am so, so, sorry.

The funeral envelopes come out, white and tied with a black knotted string. I’ve read that guests usually give anywhere between 5000 yen to 30,000 yen to the relatives of the deceased, depending on their wealth and closeness to the family. Sean took the liberty of signing one with both our names so I’m not sure how much he put in but hope someone gave him some advice on the matter. The mother disappears into her bedroom and produces several shopping bags, filled with the funeral favors. They are wrapped, so we can’t see what they are.

Sean’s friend only rolls one cigarette after another.

Earlier, when we shared a cab to the mother’s house, I asked one of the Japanese guests what is the proper thing to say to someone who has lost a child. She replied that she didn’t know; there is just nothing to say.

9 Replies to “At the Funeral of a Baby Girl, in Japan”